What is Ubiquinol and What is Its Relationship to Coenzyme Q10?

Ubiquinol is one of those supplements that people rave about. But, just because it is one of the hot supplements to take, it doesn’t mean that it is right for you. Does ubiquinol have any brain boosting powers? Does it work as a nootropic or “smart drug”?

Quick Navigation
What is Ubiquinol?
Benefits of Coenzyme Q10 and Ubiquinol
Can Ubiquinol Help with Cognitive Function?
Ubiquinol May Have Side Effects
The Verdict on Ubiquinol as a Brain Boosting Supplement

Coenzyme Q10 has been around as a “super supplement” for many decades. It is known for its energy boosting properties. 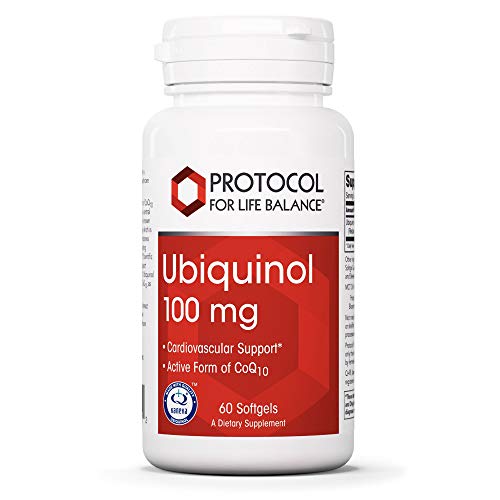 Ubiquinol is actually a form of coenzyme Q10 that is supposed to be more easily absorbed the body. You may not have heard about ubiquinol as it has been on the market commercially for a much shorter time than coenzyme Q10 – a little over 10 years.

If you need to take coenzyme Q10 and you are over 30 years old, it is recommended that you use the ubiquinol version instead of the standard coQ10 aka ubiquinone. This is because our bodies have a harder time converting conventional coenzyme Q10 (ubiquinone) into a usable form as we age. Healthy people in their 20s do not have this issue.

The main “problem” with ubiquinol is that it is much more expensive as a supplement than standard coenzyme Q10. Of course, you are supposedly getting more “bang for your buck,” because, if you are over 30 years old, that ubiquinol will be more easily used by your body and not just thrown away.

Benefits of Coenzyme Q10 and Ubiquinol 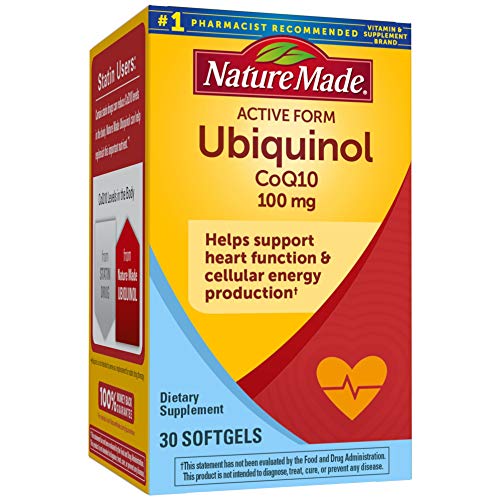 Coenzyme Q10 and ubiquinol have many positive health benefits for a variety of issues and conditions. One of the main reasons why people take coQ10 is for a healthy heart. Some research also indicates that coenzyme Q10 / ubiquinol can also help alleviate cardiac arrhythmias.

Many holistic health advocates recommend coenzyme Q10 supplementation in the form of ubiquinol for people who are on static medications, which can reduce the natural levels of ubiquinol in the body.

CoQ10 is also helpful for people who have gum disease or periodontal disease, by reducing the bacteria below the gum line. This is due possibly to the immune system boosting effects of the ubiquinol.

Can Ubiquinol Help with Cognitive Function?

If you are looking at ubiquinol as a possible brain boosting supplement, unfortunately, not a lot of clinic evidence supports its use in improving cognitive function.

The website Nootropic Watchdog reviewed the Healthy Origins of the supplement and said the following about its potential use for improving mental capacity:

“We could not find any clinical evidence to show that Ubiquinol boosts cognitive function in healthy people, but there is anecdotal evidence to suggest that the energy boost caused by Healthy Origins Ubiquinol supplementation affects customers both mentally and physically.”

There has been some evidence that ubiquinol can help improve cognitive function as well as autonomic nervous system function in patients with CFS (Chronic Fatigue Syndrome), based on a Japanese study from April 2016.

Ubiquinol May Have Side Effects

Just because ubiquinol is a supplement, it does not mean that there are no side effects. Most of the potential side effects are mild and relate to the stomach and digestion, including nausea, diarrhea, and vomiting. You may also lose your appetite or simply get an upset stomach while taking the supplement. Some people get skin rashes and others develop insomnia while taking it.

That said, it is a relatively safe supplement, and most people take it daily without any issues. As always, you should check with your doctor before taking it, especially if you are on other medications.

The Verdict on Ubiquinol as a Brain Boosting Supplement

While ubiquinol has many potentially positive effects, we simply do not have enough information as to whether it will help boost cognitive function in healthy people. Certainly, if you have CFS (Chronic Fatigue Syndrome), you should talk to your doctor about trying a ubiquinol to help with CFS symptoms such as brain fog. Otherwise, other than using it as a general energy booster, it is not something that you should rely on to boost your brain power.