Is Alzheimer’s Hereditary? Here’s What You Should Know

Is Alzheimer's hereditary? It's a question that most of us have considered at one point or another. Perhaps you came into contact with Alzheimer's disease through the diagnosis of a loved one, or you're worried that you might be seeing symptoms in a parent, or maybe you've watched a friend lose a loved one to Alzheimer's and you've decided that it's time to do some research on your own.

It makes sense that there's so much public worry surrounding Alzheimer's and questions of "is Alzheimer's hereditary?" or "what are the first signs of Alzheimer's?" We live in a society that is obsessed with staving off aging. As soon as any signs of being out of your early 20s appear, there are lotions, hair dyes, and injectables suggested.

Alzheimer's is essentially the epitome of all of our fears surrounding aging and death. And, with good reason. It is an extremely difficult disease to experience, first or secondhand. If you're looking for information about Alzheimer's, wondering to yourself "is Alzheimer's hereditary?", then here's what you should know.

Scientists and geneticists know that genes play a role in Alzheimer's and its development, but it isn't as easy as identifying a single gene that determines whether you will or won't develop the disease. So, is Alzheimer's hereditary? Yes, there are genetic factors that may increase your risk of developing Alzheimer's, but there are also environmental and lifestyle factors that will impact your risk of developing the disease.

Knowing that Alzheimer's is hereditary shouldn't worry you, even if you have relatives who have developed the disease. While the idea of Alzheimer's being a possibility for you or a loved one's future is scary, but the complicated nature of heredity means that there is no sure answer on whether any one person will or will not develop the disease. The answer to the question "is Alzheimer's hereditary" is more complicated than "yes."

How Does Alzheimer's Disease Progress?

A simple protein fragment is at the middle of a disease that has caused an unquantifiable amount of heartbreak. It's called amyloid-beta peptide, and people who develop Alzheimer's disease have trouble maintaining the levels of this peptide in their brain, specifically ridding itself of the peptide. If your body isn't able to effectively rid itself of amyloid-beta peptide, it will build up in the brain. Eventually, the protein fragments clump together to form what are known as amyloid plaques.

Amyloid plaques are the hallmark characteristics of Alzheimer's disease. As these plaques build up, they malfunction and stick together to create neurofibrillary tangles. The amyloid plaques and neurofibrillary tangles make it difficult for nutrition to reach your brain and for waste materials to be removed from your brain. Eventually the amyloid plaques lead to the death of nerve cells. As more and more nerve cells die, the symptoms of Alzheimer's become progressively worse.

A Tale of Two Diseases

You may already know that there are two types of Alzheimer's Disease: late-onset Alzheimer's and early-onset Alzheimer's. As the names denote, one tends to show itself later in life while the other shows itself earlier. However, that isn't the only difference between the two.

There are several genes that play a roll in late-onset Alzheimer's, but the gene most commonly associated with the development of this kind of Alzheimer's is called apolipoprotein E (APOE). There are three common forms of APOE: APOE e2, APOE e4, and APOE e3.

APOE e2 is the least common form of apolipoprotein E and it seems to reduce the risk of the development of Alzheimer's. A little more common is APOE e4, and this one seems to increase an individual's risk of developing Alzheimer's. And the most common version of the APOE gene is APOE e3, and it doesn't seem to have any effect on Alzheimer's whatsoever.

While APOE is the gene most commonly associated with the development of late-onset Alzheimer's, it isn't the only gene that plays a role. While we don't currently know much about the gene PLD3 or how it functions, recently it's been correlated with a significantly increased risk of Alzheimer's development. Similarly, the role of the gene ABCA7 isn't fully known, but it seems to be correlated with a greater risk of the disease. Scientists think that this connection may be due to ABCA7's role in the body's processing of cholesterol.

The gene CLU helps the brain regulate the clearing of amyloid-beta. Researchers have theorized that an imbalance in the clearance and production of the amyloid-beta is a central part of the development of late-onset Alzheimers. Another important gene is CR1, which helps the body reduce inflammation surrounding the brain. An imbalance in this is another possible factor in the development of the disease.

Is Alzheimer's hereditary? Do genes play a role in the development of Alzheimer's? Yes, but these genes are not deterministic. That is, the existence of one genetic factor or another will not determine whether or not you will develop the disease. It is simply one factor amongst many that work in congruence to affect your health.

What about Genetic Testing? 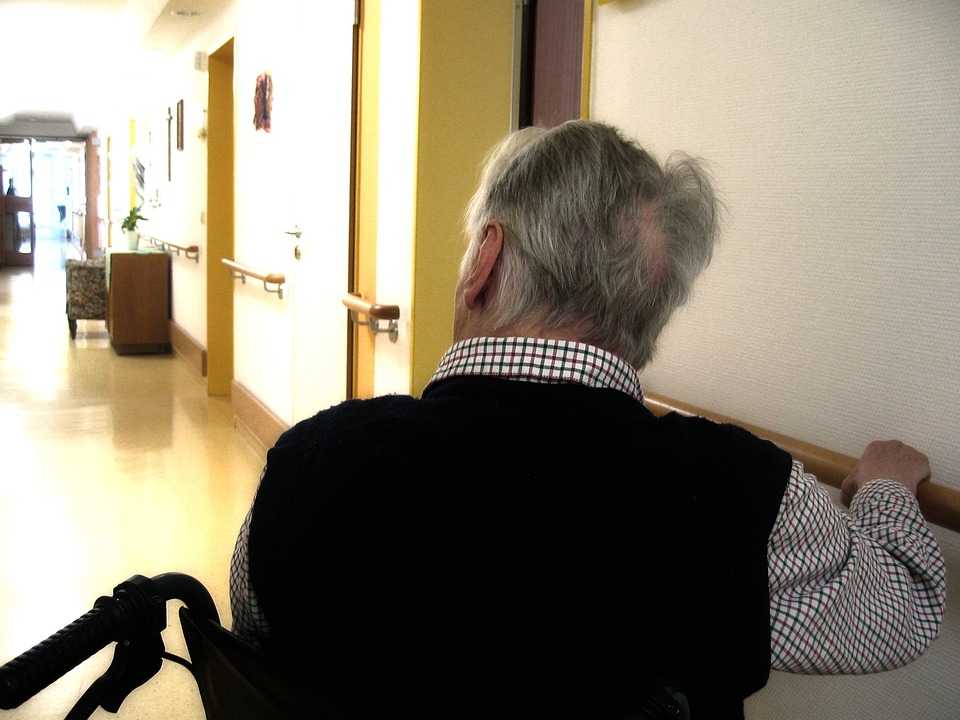 Because scientists have been able to identify genes that are correlated with the development of Alzheimer's, there are tests available that will determine if you hold any of these genetic mutations. This idea can seem appealing, especially if you have family members who have developed Alzheimer's and want to determine your risk.

Deciding to take the step to get tested is a huge decision and one you should take extreme care in making. First of all, there is no definitive test for Alzheimer's. Someone can have inherited the genetic mutations associated with Alzheimer's but not develop the disease. On the other hand, someone can have no genetic markers that are associated with a higher risk of developing Alzheimer's and still develop it. At the end of the day, no matter what the genetic test says, you don't have a clear "yes" or "no" answer.

Getting those test results back is the worst-case scenario. So, what if that happens? Is that something you really want to know and look forward to likely happening? Or would you rather make the most of each day and take your battles as they come? There is no right answer, and there is no easy answer. Whatever you decide when it comes to Alzheimer's testing, your decision is valid.

Alzheimer's Disease is one of the most heartbreaking things that can happen to a family. Scientists and doctors are working tirelessly to find a way to make Alzheimer's history. But until that happens, the only way to truly prepare yourself for the possibility of Alzheimer's is to educate yourself and your loved ones, and reach out for support when you need it. Alzheimer's is a terrifying disease, but there are professionals all around you, waiting to help.